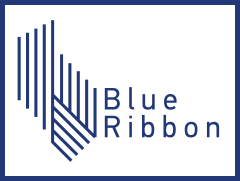 The HR Blue Ribbon Forum (BR) is a Human Resources committee that was founded in 1994 un- der the umbrella of the Center for Adult and Continuing Education (CACE), now called the School of Continuing Education, at the American University in Cairo (AUC).

The committee used to meet once a month except July and August. In these meetings, the com- mittee members composed of Human Resources Managers and Training Managers from multi- national organizations in Egypt, used to brainstorm on all the ongoing HR issues and challenges as well as exchange experience and network.

Now, the committee meets quarterly and the meetings are held at one of the members’ premises such as:

Edge’s ultimate objective is to support the BR committee because of its real value to its members, aiding them to keep an outstanding level of networking and experience exchange.

“Creating valued networks through human resources competencies to support and enhance the role of EDGE for Training and Consultancy in education and training of individuals within corporations. This is to achieve continued success and a high degree of quality in the delivery of results”.